We can hardly believe that the holiday season is just about here! Every year we try our hardest to make the season fun and memorable and we hope our list of family friendly events and activities helps you plan your holiday fun!

Our list is constantly being updated throughout the season as we find out about more events, so make sure to check back. If you know of any events we have missed, please leave us a comment or email us the details at infutah@gmail.com

Thank you so much, and we hope you have a very happy holiday season!

Where to see Santa

Santa’s Castle at Christmas Village- Ogden
Santa greets children in his castle Monday through Friday from 6 pm to 9 pm and on Saturday from 5 pm to 9 pm.

Burger Stop- LaytonThe cutest little burger joint hosts Santa and hayrides around the lights at Layton Park.
Santa is free. Hayrides are $2 for adults, $1 for kids, 5 and under are free!

Trolley Square- FREE to take photos with. Every child gets a candy cane

Vario’s Christmas Tree Lot
Every Saturday Santa visits the tree lot from open to close! Come get a tree and see Santa too! 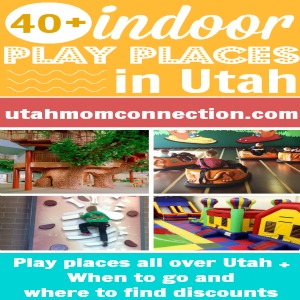 Utah Mom Connection is a participant in the Amazon Services LLC Associates Program, an affiliate advertising program designed to provide a means for sites to earn advertising fees by advertising and linking to Amazon.com